DONATE TO THE FOUNDATION

Learn to Respond Instead of React

You are here:
Business How often has someone said something to you that made you feel uncomfortable?

Without knowing how to react, did you freeze up and do nothing? Or later did you either came up with the perfect response, or you just felt yukky about it?

Most people think of self-defense as a combination of intricate complex martial arts or combat moves on a guy jumping out of the bushes. In all honesty, in my two decades of martial arts training I’ve rarely used martial arts in this type of scenario … but I use my verbal/emotional/spiritual self-defense techniques every single day.

Verbal self-defense is your ability to speak up in a situation where your body’s adrenaline reaction would normally put you in fight, flight, or (the newly added) freeze. During an attack or confrontation, most women freeze like a deer in the headlights. In fact, predators count on it. They’ll count on us not being about to respond powerfully or know what to do.

If we get surprised by a verbal attack, or a conflict, we do might do nothing.

WHY? It seems silly to run away, and most women aren’t comfortable fighting, so we’ve mastered the Freeze Response. Then we come away feeling badly about ourselves. And I’m here to tell you this doesn’t have to be the way, there are simple tools you can use whenever you need.

The first key is beginning to understand your body’s reactions as well as understanding your opponent.

Know Thyself: The Adrenaline Response: Our bodies were built for survival and when we sensed danger, we’d go into self-preservation mode, what was called “Fight or Flight”. When your body is under a perceived threat, in danger, or under attack it helpfully releases several hormones – one called adrenaline, which can wreak a type of havoc on your system.

Adrenaline gets your heart rate to accelerate – preparing you for vigorous activity (combat or escape), your breathing gets shallow (to allow you to sprint if you need to), your mouth gets dry, your hands and feet get cold (blood starts flowing to the vital body parts in case of devastation), and your brain gets a sort of “tunnel vision” where all you can see/ feel/hear is the attack.

All of these things make higher-level cognitive skills like communication and reasoning near to impossible. When we were living in caves, adrenaline helped us to run fast or fight the tiger, not discuss the situation with the tiger to create a win-win. Unfortunately our body doesn’t know the difference between an impending attack from a tiger and today’s verbal conflict from an adult bully.

Know Thy Enemy: (Bullies and Power Takers): A bully is all about power… someone who gets increased energy from the pain of others. They do this by making fun of others, making them feel small, powerless, bad, scared, angry, or anxiety to make himself/herself feel better.

Bullies feel badly and want to feel better, so they berate, tease, or hurt someone else to can get what they want: someone else feeling bad. In seeing the pain they cause to another, or the reaction of fear, the bully feels more powerful. It makes them feel better about themselves in an unconscious, dysfunctional way. This is often why we’ll feel so drained or negative after having been around a bully; they attempt (and succeed at times) to pull energy away from us.

I’ve seen an adult business owner require his employees to grovel when they’ve made a mistake in order to keep their jobs!

Bullies typically have low self-esteem, have been bullied themselves, and learn the abuse cycle for survival or simply a way to “get what they want”.

In my self-defense travels and classes, I’ve run across many bullies (both kids and adults) stuck in this cycle. Some adult bullies are sick and tired of this lifestyle and want to heal. The only way for a bully to heal is to deal with his/her low self-esteem, learn to love themselves, and understand the dysfunctional dance they get themselves in.

How do YOU stand up to a bully?

The basis of self-defense starts with simply being able to SAY what we want, or what we don’t want. Knowledge is power. Know what makes you uncomfortable and SAY so. Tell someone to leave you alone.

It’s our ability to RESPOND in a difficult situation instead of REACT to another’s actions that makes us feel powerful. The best wisdom I can offer: Create a safe response ahead of time if you know you’ll be around a potential bully. One scientifically proven method is to use humor. Deflect their negative energy. “Hey is it “Pick On Theresa Day”? Just cool it, ok?”

When you know that you’re dealing with a bully, limit your interactions with the person. I teach kids to stay at least 2 arms lengths away. Create an invisible force field around your body, protecting yourself.

Eventually bullies get tired of not getting what they want from you, and they’ll move on to someone else.

Theresa Byrne is a corporate trainer, 4th degree Black Belt, a Self Defense Master Instructor, and a Certified Anger Management Educator. She’s the co-founder of Higher Self Defense and founder of United Martial Arts Center.

This article first appeared in Metaphysical Journey Magazine and is copy written. Parts may be used with permission from the author.

Self-Awareness and Self-Discovery in Leadership
June 2, 2021

Note to Leaders: Transforming Imposter Syndrome is a Two-Way Street
May 19, 2021
Get On Our Email List
We look forward to keeping you informed about our upcoming Networking Luncheons, Business After Hours and Continuing Education events, and our fabulous Alliance Foundation Casino Night and Village Bank Fundraising events!
Upcoming Events
Member Ads 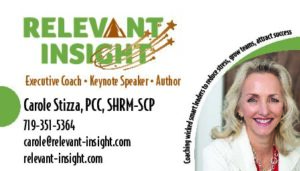 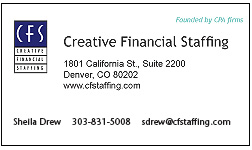 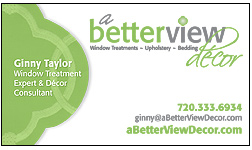 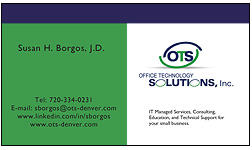